LeBron James no Longer the Best Player in the NBA (ESPN)

NBA – Yes, you read it right, LeBron James is no longer the best player in the league, but that’s according to the latest survey of ESPN website.
According to ESPN article LeBron James, who has been in the top of the list for almost a decade as being the best player in the league has now placed at 3rd spot for the upcoming 2019 – 2020 Regular Season. 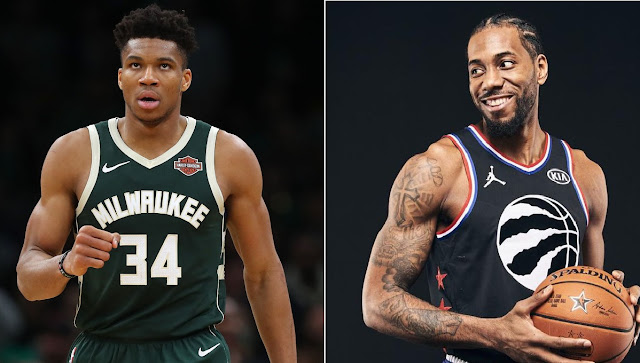 The survey is based on the outcome of last season performance of LeBron James and how he carries the Los Angeles Lakers which we all already know that LeBron failed to end the Lakers drought of making the post season thanks to the injury that he suffered.

As LeBron did not make the post season a new star immerges by the name of Giannis Antetokounmpo and Kawhi Leonard where both players lead their team to a successful season.

Reigning league MVP Giannis Antetokounmpo of the Milwaukee Bucks led his team to reach the Eastern Conference Finals before going down to the Toronto Raptors led by Kawhi Leonard which later becomes the Finals MVP after leading the Raptors in their first ever NBA Championship.

Both Giannis Antetokounmpo and Kawhi Leonard are the remaining two players that will battle the title of being Best Player of the league today according to ESPN? While LeBron James is already out of the title it doesn’t mean he is not the Best Player in the league? so LeBron’s fans don’t worry it is just a survey or prediction by the ESPN.

If somehow LeBron manages to get back in his old physical shape or performance this could be an upset for ESPN survey? Will LeBron manage to regain his title? Or will father time caught him right now since he will be entering his 17th Season and turning 35 years old in December. Lets just wait and see…

The Lakers Upset the Warriors Home Debut at Chase Center